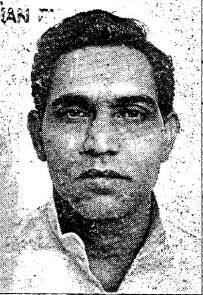 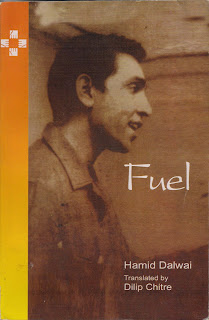 Dilip Chitre, who translated Hamid Dalwai’s Indhan into English (as Fuel), has written a brief preface titled ‘Translator’s View’. This post includes edited excerpts from the original text of the preface-


I took up the challenge of translating Hamid Dalwai’s Indhan not just because the author who died twenty-five years ago, was a close friend but also because this short novel is a modern Indian masterpiece tackling the complex theme of contemporary communal strife in our midst. It is a novel of global or, as I still prefer to use the more classical adjective, universal relevance.

A work of art is the centre of its own universe, the prime source of its own gravity, a system by itself. What has always fascinated me about Hamid Dalwai’s Indhan is the explosive energy it contains in its compact size.
Barely one hundred and fifty pages of prose, seven chapters in all, and no reader would suspect that this is a work of epic proportions. It invites compulsive re-reading because its racy narrative makes one miss the intricate details, the depth of social awareness, and the disturbing world-view embedded in it.

Set in the area of Chiplun in the Konkan region of Maharashtra, Indhan was published in the mid-1960s and it depicts the same period in India’s history, less than two decades after the partition of the subcontinent into two modern nation-states that have been continually in conflict since.
The narrator and protagonist of Indhan is a Marathi-speaking Muslim. He comes through in his narration as someone who has evolved into an atheist, a humanist, a liberal, a socialist, and a political activist negotiating relationships with a family, a community, and a society that operate on levels conflicting with his own values and perceptions. His compassionate but critical passage through a hectic personal experience of latent communal tensions culminating in a riot – and its aftermath – is what the novel records.

A successful work of fiction enables its reader to identify and temporarily adopt the various points of view employed by the author-narrator. The author of any literary work of art, I imagine, is a meta-narrator who invents the narrator’s voice and tone first and then invents the voices and tones of all the other characters the narrative encompasses. The narration of Indhan is in the first person. It is, from the outset, a subjective point of view and therefore creates a subjective perspective. But since the real author of the narrative, Hamid Dalwai, is not the fictional protagonist himself, the reader must remain aware of this fine artistic distinction and understand the author’s creative distancing act crucial to comprehending the work as a whole. The author Hamid Dalwai, in other words, is not the first person narrator of the novel- but his inventor.

One of the striking features of Indhan is that its narrator’s name is never revealed in the text. He refers to himself as ‘I’ and others address him not by his name but as ‘you’. He refers to his family in terms of his subjective relationship with them. His father is simply ‘Father’ or ‘my father’; his brother’s wife is simply ‘Bhabhi’; and his brother is ‘my brother’. At a further distance are characters he interacts with : Janardan, Sumati, Isaak, Harbarao, Jaitun and a few others from his personal past and present. A majority of the other characters are observed from a greater distance or reported about through the characters narrator himself interacts with, such as Sudam’s daughter-in-law, the Parit woman, the Bania’s wife, Lakshumi  and so on.

The main ‘scene’ where most events and incidents take place is again not named but simply referred to as ‘my hometown’, ‘the town’, ‘our hometown’ et cetra. However, the author has described the landscape and the regional cycle of seasons so unmistakably that Marathi readers will have no difficulty in placing it on the Konkan coast and near Chiplun- the author’s hometown in real life. Non-Marathi readers of this translation- Fuel in English- can easily locate Konkan and Chiplun on the Arabian Sea coast of Maharashtra.

Indhan also defines through references and other clues in its narration to the historical period in which it is set. The narrator has left his hometown for Mumbai about three or four years after India became independent in 1947.

The Partition of India in 1947 is one of the key time-markers used in the narrative. The narrator has spent fifteen years away from his hometown and the narration stresses this long period of absence from home. This acts as a marker between his early life and memories of the hometown and the changes and continuities he perceives on his return.

More than fifteen years after 1947 places the story in the early 1960s. Indhan was first published in September 1965. This is its first translation into English and it is being published 37 years after the original arrived in Marathi.

I first read Indhan when it was published in 1965. I reread it several times over the years. I was convinced that it was a modern literary classic ranking beside the best work of Dalwai’s younger and older Marathi contemporaries such as Bhau Padhye, Bhalchandra Nemade and Baburao Bagul. All four of them ushered in a new Marathi fiction in the 1960s. Each of them has made a distinctive contribution towards making the contemporary Marathi milieu perceptible and intelligible to itself through works of literary art.

But what sets Dalwai apart even among his peers is the fact that he is a Muslim Marathi writer (through a professed non-believer himself) and the first to illuminate the household and community life of Marathi Muslims ‘from within’. He is not a communal partisan. He is a modern liberal humanist with a deep social commitment.

He is neither a friend of the Hindus nor an enemy of the Muslims. He is someone who is aware of the contemporary world and the many issues it still has to settle with the plurality of traditions it is heir to. He mirrors a conflict that is not yet resolved thirty-seven years after he wrote his little literary masterpiece.
Posted by अवधूत डोंगरे at 6:41 PM